skip to main | skip to sidebar

Awesome Person of the Week - Will Phillips 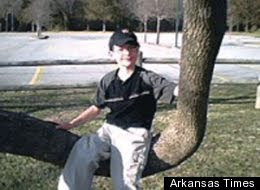 Welcome to my life. Day 5817. Hello my Quirky Queers. This week I bring you Will Phillips, an awesome Arkansas ten year old who actually REFUSED to say the pledge of allegiance! Why didn't I ever think of that? He was protesting Gay Rights of all things! He says all people are not equal in this country because Gays can't marry! He's ten freakin' years old! Will's all over the news now. He and that Miss California beeyatch should have a debate. That should be a new show - Are you dumber than a supermodel? Ha Ha Ha! He's not gay, by the way, although all the kids at school have started calling him 'Gaywad.' When asked what that meant, he said it "was some sort of discriminatory name for homosexuals." And Dad didn't put him up to it like Balloon Boy's dad. Will just happens to be a very intelligent little man. He skipped third grade! I did too, actually. So did Helen. Actually she skipped 4th, just to get even with me. Lately my grades have dropped. I just don't care anymore. Certain subjects just piss me off. Like Math! What the hell am I gonna do with Math?! People don't count anymore! Anyway, I'm a creative person. I know, I'm one of those dreamers who thinks her shit don't stink. So fuck it! I am! If I can't make a living being creative I'll be a crazy bag lady. Damn it, I know I can write. At least as good as Stephanie Meyer. That bitch never wrote a damn thing before Twatlight. I've written like ten short stories and am starting on a zombie script. I think scriptwriting is easier that prose. I mean, the only time the writer really gets to shine is in the dialogue. Everything else is just autowrite. Anyway, we should be able to choose our subjects. Like they do in college. What, we're not smart enough to figure out what the hell we want to do with our lives at our age? You think Will Phillips doesn't know? Can somebody say, Politics? Maybe one day he runs against one of the Obama girls for Pres. I can see it. Go Li'l Will Phill! Say that ten times real fast.

Anyway, here's the article in Huff Post
Posted by Lara Baxter at 4:54 AM

You got something to say?

Me at my trusty typewriter with Sam, the skull

Welcome to my life...

Warning - This is a Twatlight Free Zone!
These here are the daily musings of an adolescent malcontent. Within these pages you will find my world bared for all to see and squash and destroy and ruminate upon. Here you will find my loves (Anne Rice), my hates (my sister, Helen) and everything in between. So read on, my lovelies and enter the private world of Lara Baxter. Follow my blog for a chance to win a signed maxi pad (unused). 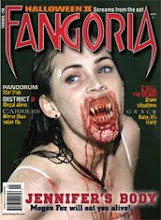 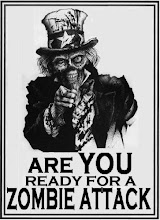 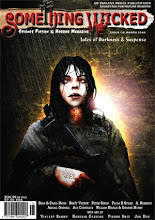 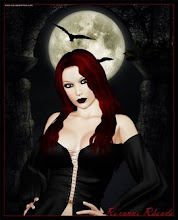 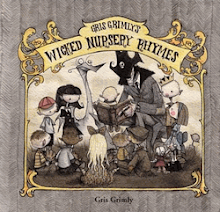 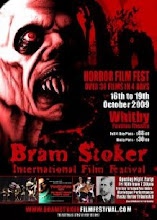 "A welcome return to the real horror genre." 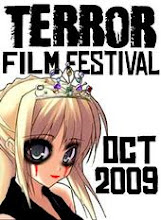